What are Donchian Channels?

The Donchian Channels indicator is a technical analysis indicator devised by Richard Donchian, a futures trader, during the mid twentieth century. Donchian Channels is a volatility assessment indicator, and it provides traders information about the current market volatility, trend direction and well as important support and resistance levels. It is composed of three bands, an upper one and a lower one, which mark the highest and the lowest prices for the selected symbol for the past N periods, as well as the middle band, called the centerline, which denotes the average price between the two bands. The range in between the Donchian Channels indicator bands defines the range of values within which the price has been moving during the last N periods. The Donchian Channels indicator is an indicator that is used to identify breakouts that could be used as successful entry points as well as possible trend reversals which could be used not only as entry points, but also as a successful exit strategy.

These three bands are then plotted on the chart and the area between the upper and lower band is considered as the Donchian Channel. This area is sometimes plotted with a semi-transparent color, so it can be easily identified on the chart. 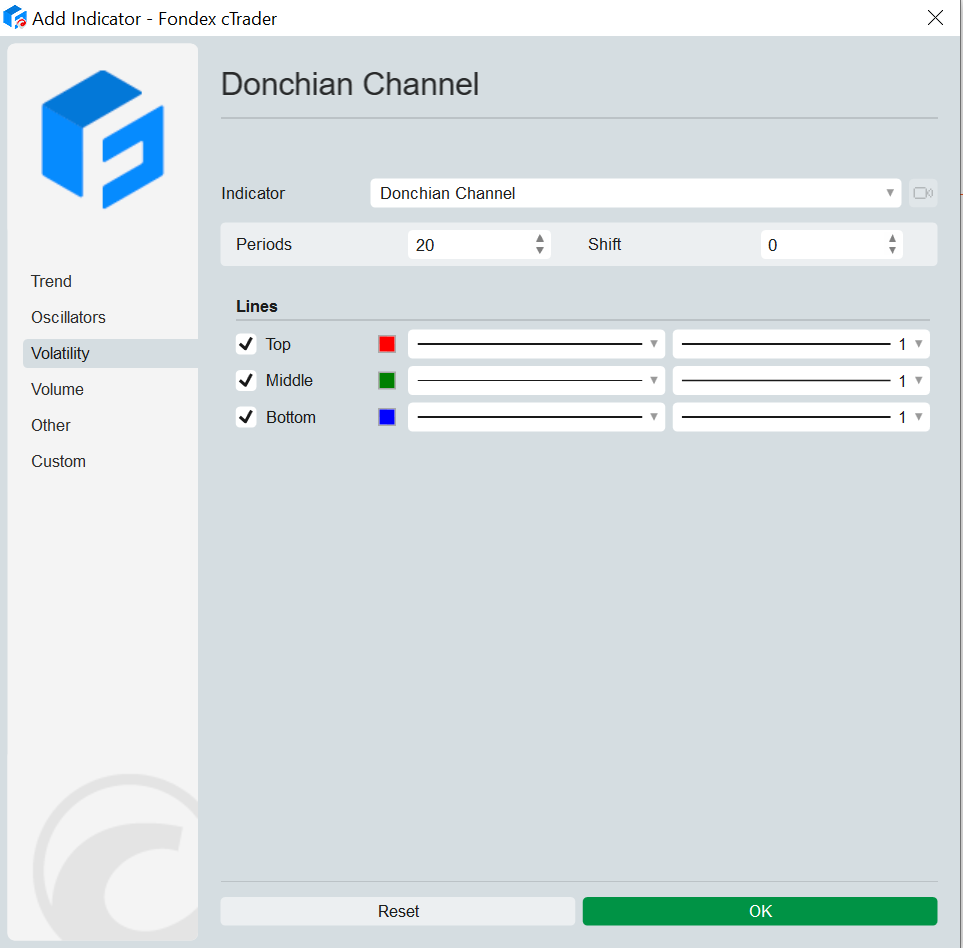 There are several ways to use the Donchian Channels indicator in your trading strategies. We present the most popular ones below.

Below we can see some examples of such breakouts 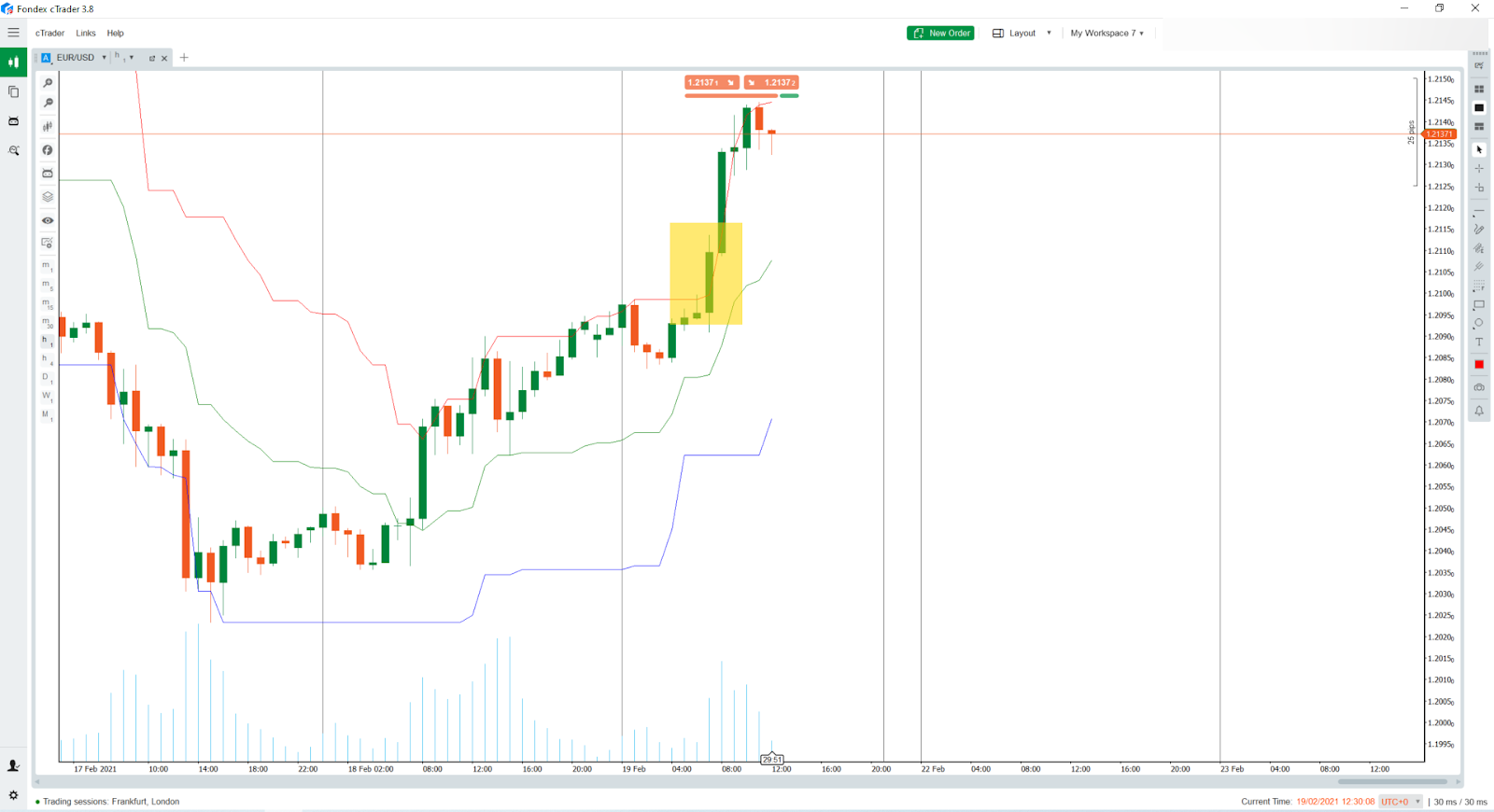 In the chart above, you can see the price for EUR/USD ranging within the Donchian Channel for a period of time until it breached the upper band of the channel. After the break out, a strong upwards pressure was created moving the price to new highs. This is a good example of a buy signal using the Donchian Channel indicator, and a trader using this strategy should have entered a buy position at this point. Respectively, the chart above demonstrates a break out below the resistance zone formed by the lower band. In this case, this was the start of an extended bearish trend. This time the channel break out was a good signal for a short position.

The  Band Breakouts strategy is a strategy that provides very good trend start signals. Nevertheless, it is very frequent to observe false breakouts using the simple band breakout strategy. Therefore, it is not uncommon for many traders to combine this strategy with another indicator that provides information about the direction of the trend and consider breakouts only towards the direction of the underlying trend. Such indicators are moving averages, RSI and MACD. Some traders also combine band break outs with price patterns. In the EUR/USD chart above, we can see how a price crossing the centreline level initiates trend reversals in each respective direction.

Also, the centerline is very often used as an exit signal and a trailing stop loss when the position has been entered using a different signal e.g. a band breakout or a signal from a different indicator.

As with all trading strategies, the centreline strategy can be improved by combining the signals with other confirmatory information as other indicators of price action in the chart.

Limitations of the Donchian Channels Indicator