What is the Parabolic SAR?

The result of the calculation is a price value that is usually displayed as a dot on the chart, even though some traders prefer to see it as a line. The indicator is in an uptrend state until the price closes below the last Parabolic SAR value, and vice versa for the downtrend state.

Parabolic SAR displays a series of dots on the symbol chart. We can see an example of a plotted Parabolic SAR indicator from Fondex cTrader below. 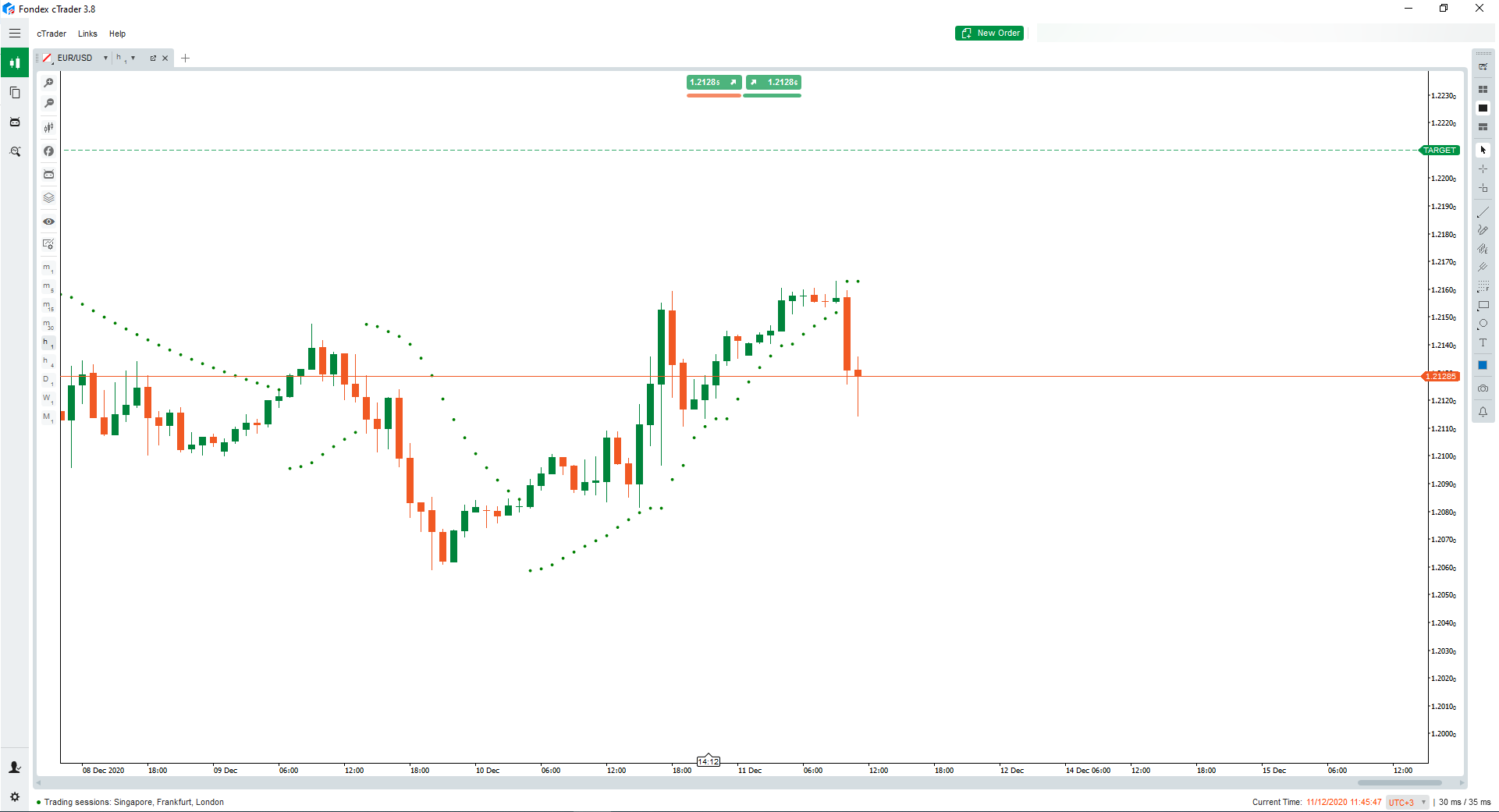 To add a Parabolic SAR indicator in Fondex cTrader, right-click on the chart and navigate to Indicators > Trend > Parabolic SAR. After clicking on Parabolic SAR, the below form will appear. 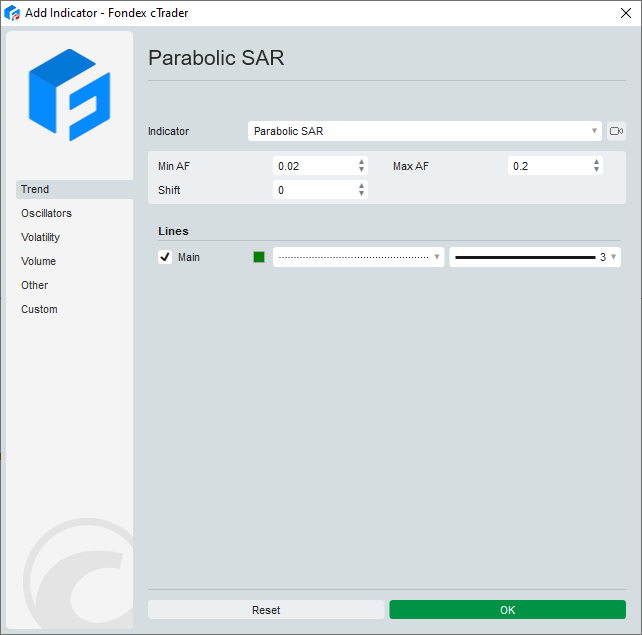 In this form you select the Min AF, the Max AF, the Shift, customize your line’s color thickness and type and press OK. The Parabolic SAR indicator will be added on your chart. 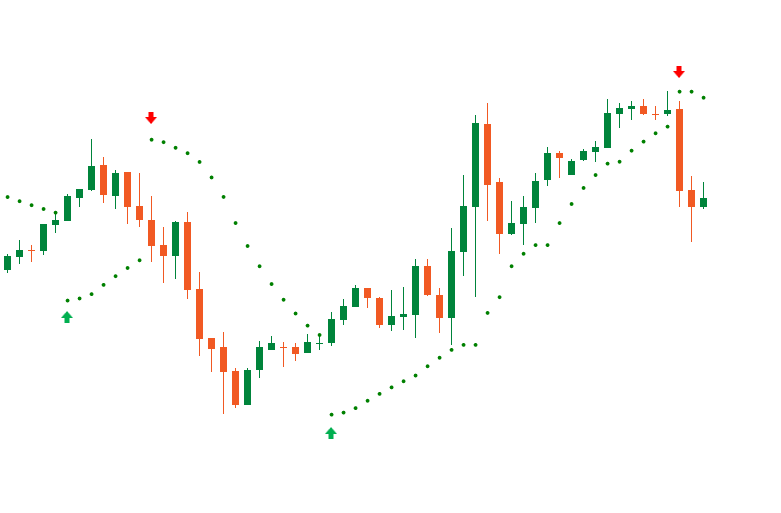 On the chart above, we can see arrows where hypothetical entry points should be based on the simple stop and reverse strategy, green for buy orders and red for sell orders. We can see that this strategy can work well in trending markets, however, when the market is ranging, it can generate a lot of false signals. The chart below shows a case of a ranging market with a lot of false signals.

A more advanced way to trade the Parabolic SAR indicator is to combine it with another longer term trend indicator, a simple moving average for example. The basic principle of such a combined strategy is to trade only towards the direction of the long term trend. If, for example, a 200 period SMA is in a bullish direction, perhaps it could be wise to trade the Parabolic SAR buy signals. If the SMA is in a bearish direction, maybe it’s worth considering trading the sell signals instead. When combining the Parabolic SAR with another trend indicator like moving averages, you are able to filter out trades that go against the current longer term trend and it may stand as a better chance of improving your trades. In the chart below, we can see a setup of Parabolic SAR and a 200 period SMA. 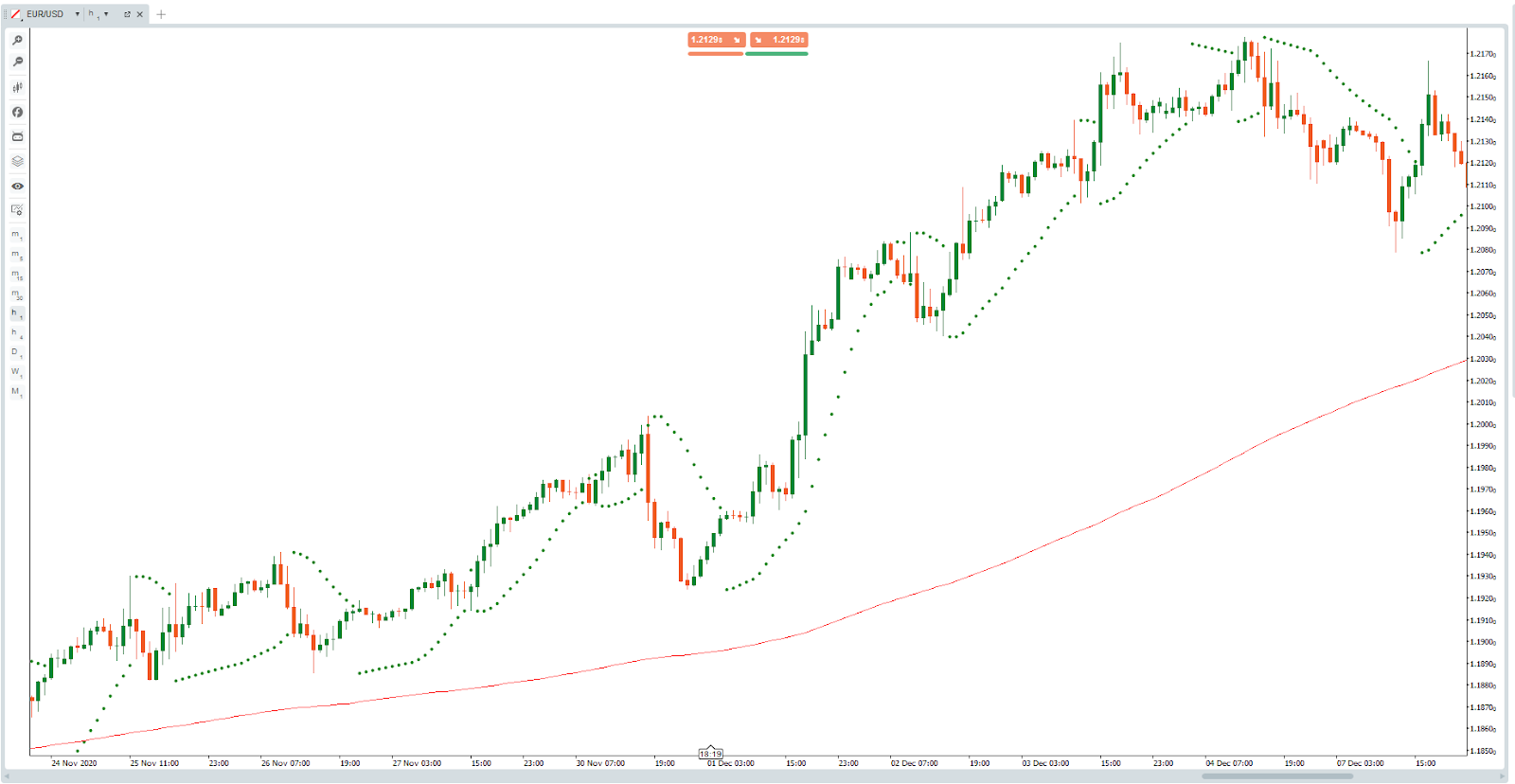 The moving average is indicating a strong bullish move for the EUR/USD symbol. In this case, the moving average would have filtered all our sell order attempts and permitted only buy orders. Based on the price movement on the chart, we can easily conclude that a lot of failed attempts to short the symbol would have been avoided.

Another method for filtering Parabolic SAR signals, proposed by Welles himself, is to use the ADX indicator, part of the Directional Movement System, as a confirmation indicator. A simple strategy combining these two indicators is to consider Parabolic SAR buy signals only when the the ADX value is above a certain level e.g. 20, and sell signals only when it is below that level. Below is an example of such signals. 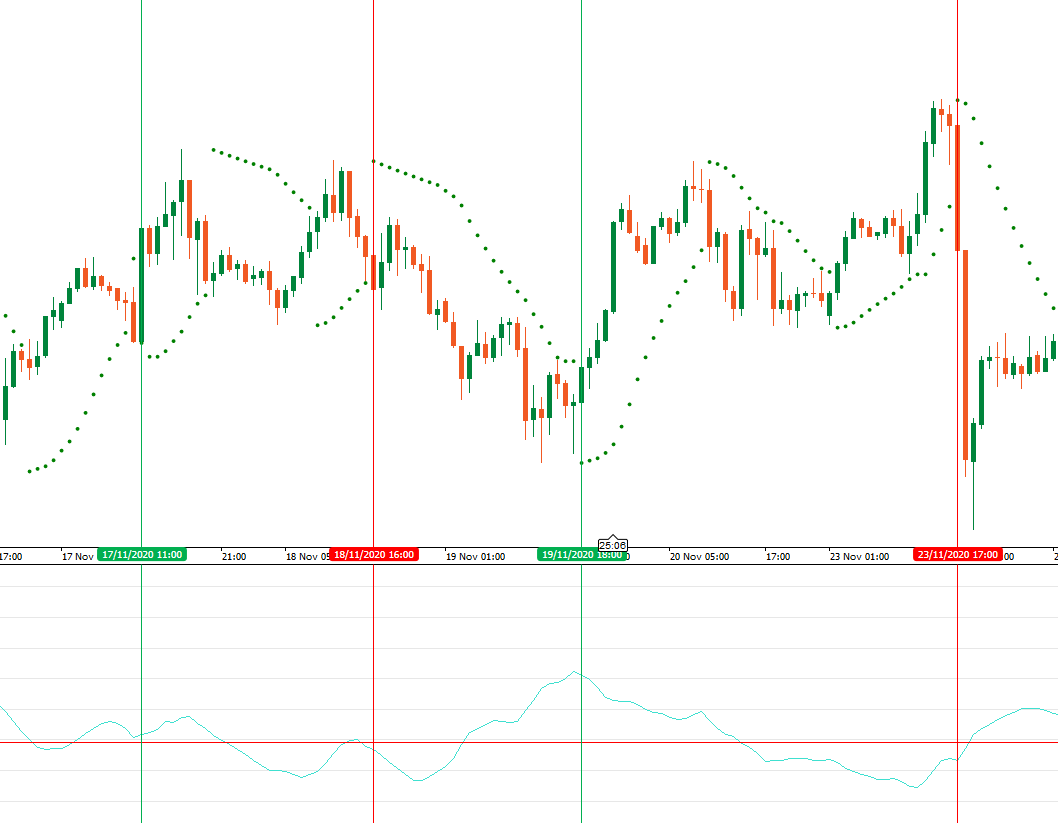 Another popular use of the Parabolic SAR indicator is as an exit indicator, instead of an entry one. Many traders use other technical analysis techniques to spot entry points and prefer to use the Parabolic SAR prices as trailing stop loss levels.

Limitations of the Parabolic SAR

Parabolic SAR, as any other technical indicator, always needs to be used in context. An out of context interpretation of Parabolic SAR patterns can generate a lot of false signals that could lead to substantial losses. Therefore, when using the Parabolic SAR, always consider the market fundamentals that currently move the market, and combine the signals with other confirmation signals, like trend indicators, support/resistance levels and the relevant price action taking place on the chart.